The Top Most Expensive Drugs and their Cheaper Alternatives

By developer
Posted September 27, 2019
In E-Prescribing, Telehealth, Telemedicine
The Top Most Expensive Drugs and their Cheaper Alternatives2019-09-272019-09-27https://www.eazyscripts.com/wp-content/uploads/2019/09/ez-logo.jpgeazyScriptshttps://www.eazyscripts.com/wp-content/uploads/2019/09/most-expensive-pills.png200px200px
0

The generic form (sofosbuvir) is being distributed at 1 percent of the U.S. cost in many low-income countries, Bloomberg Business reports.

It’s not surprising that the second most expensive drug is Sovaldi’s successor, Harvoni. Harvoni cost $74,000 for a 30-day supply according to GoodRx’s data. Harvoni’s astounding financial performance was the result of cure rates even higher than those for Sovaldi. The drug also does not have to be taken in combination with another therapy.

A simple antihistamine approved by the U.S. Food and Drug Administration 70 years ago may be an effective and affordable way to treat hepatitis C, new research shows. The drug Chlorcyclizine costs 50 cents per dose. The discovery could be a significant breakthrough in efforts to bring hepatitis C treatment to marginalized people around the world.

Cinryze, an injectable drug used to help prevent swelling and pain in patients with hereditary angioedema (HAE), cost $72,100 for a 30-day supply. HAE is a rare genetic disorder that affects no more than one in 10,000 people. No alternative.

Two Oregon Health and Science University (OSHU) researchers decided to investigate how much Medicare was spending on Acthar after newspapers reported that its price — once $40 per vial — had jumped from $748 in 2001 to $34,034 in 2014. That translates into more than $100,000 to treat one patient with a short course of Acthar, compared to prednisone or similar steroids that cost no more than a few hundred dollars.

There’s no doubt that all of these drugs are very expensive. However, the drug companies would point to the healthcare costs that their HCV drugs save and maintain lives and that the high price tags represent a good value overall. The argument about price versus value will continue into 2017 and beyond. And it’s likely that the price tags for the most expensive drugs next year will be even higher, regardless of which drugs make the list. 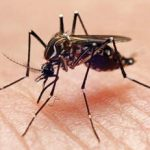 A Primer on the Zika VirusE-Prescribing, Telehealth, Telemedicine

What Will Mandated e-Prescribing Means for Healthcare?E-Prescribing, Telemedicine