By developer
Posted September 27, 2019
In E-Prescribing, Opioid Abuse, Telehealth, Telemedicine
State to State Mandates for e-Prescribing and How It Can Decrease Opioid Fraud and Abuse2019-09-272019-09-27https://www.eazyscripts.com/wp-content/uploads/2019/09/ez-logo.jpgeazyScriptshttps://www.eazyscripts.com/wp-content/uploads/2019/09/stateto-stateamandates.png200px200px
0

Opioid medications are prescribed to alleviate pain and suffering, but their abuse and misuse is killing more than 33,000 Americans every year. Prescription painkiller abuse is a problem of epidemic proportions and a significant national public health challenge. The good news is that states are increasingly taking action against this epidemic with an important weapon: health information technology in the form of e-prescribing.

Electronic prescribing for controlled substances (EPCS) empowers healthcare providers to play a critical role in decreasing opioid fraud and abuse. When its full capabilities are used, EPCS allows providers to see patients’ medication histories at the point of care, which helps them determine if patients are “doctor shopping” or are exhibiting other behaviors associated with drug abuse. EPCS also ensures prescriptions are securely transmitted from provider to pharmacy without the risk of forgery.

Ultimately, EPCS helps providers proactively minimize opioid drug abuse, which can save lives. That’s why an increasing number of states are following Maine, Minnesota, New York and Virginia in passing legislation that, to varying degrees, mandates the use of EPCS. The state of Missouri has similar legislation pending.

The U.S. Drug Enforcement Administration (DEA) approved EPCS in 2010. By 2015, all states had changed their rules to allow EPCS as well. That same year, the number of prescribers using EPCS on the Surescripts network increased by 359%. And, in 2016, more than 45 million EPCS transactions crossed their network, which was a 256% increase over 2015. Moreover, prescriber enablement nearly tripled from 5.7% in 2015 to 14.1% in 2016. Source: SureScripts 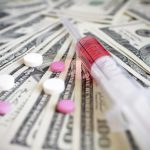 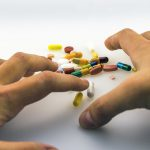