In a move that is widely supported by both political parties, President Trump declared the opioid epidemic a national emergency.  Doing so will allow for additional resources to be used toward fighting the opioid crisis, which could include expanding treatment facilities and supplying first responders with the anti-overdose remedy, naloxone.

Across the country, states have adopted a variety of strategies to combat the alarming rise in opioid drug abuse.  Additionally, a number of legislative bills have been introduced in an attempt to curb the abuse.  For example, last July, the “Every Prescription Conveyed Securely Act” was introduced in the United States House of Representatives. The Act calls for, with some exceptions, controlled substance prescriptions covered under Medicare Part D to be transmitted by a healthcare practitioner electronically to a pharmacy. Authors of the Act, said in a press release, “By requiring all doctors and pharmacists to use an online database when prescribing these highly addictive drugs, we allow e-prescriptions to control, track, and monitor these highly addictive painkillers on a new level.”

eazyScripts supports this important legislation because it is a step in the right direction in  combating opioid abuse.

Want to talk? We’d love to hear from you!
Contact us at support@eazyscripts.com 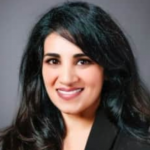