Less than two months ago, New York legislators pushed an e-prescribing law into effect, forcing all state physicians to either step up their tech capacity or face legal – that is, financial – penalties. Though preceded by states like Minnesota, New York is the first to legally enforce this long overdue advancement in health IT. The reasons seem obvious. A switch to eRx could prevent as many as 2 million adverse drug effects annually, save physicians $2.7 billion a year in wasted phone time, and save the U.S. healthcare system $27 billion yearly. In fact, a federal entity exists, the Office of the National Coordinator for Health Information Technology, to handle exactly these kinds of matters.

Such clear benefits and resources beg the question, then: why doesn’t this exist nationally? Despite the advantages for nearly everyone, major hurdles impede the kind of catch-all solution we all so eagerly desire. For one, the switch requires trust and acceptance from patients. Federal requirements dictate the management of some controlled substances. Laws vary between states, and at the very least, the changes place new implementation costs on providers.

Nonetheless, many different incentive programs are being spearheaded to catalyze reform. The MIPPA and EHR programs, otherwise known as the “eRx incentive” and the “meaningful use” programs, both offered financial incentives to e-prescribing. The eRx Collaborative of Massachusetts, Blue Cross Blue Shield, and other payers are offering Pay For Performance (P4P) plans to stimulate implementation. State policies in states like California, Tennessee, and Nebraska provide grants and collaborative resources to pharmacies and providers.

As these mandates and incentive programs sweep across the nation, e-prescribing will become even more important and prevalent than it is now. Though temporary concerns limit widespread adoption by healthcare groups, the growth of customizable technologies offer convenient and promising possibilities for the future. Soon enough, e-prescription will go the way EHR and become commonplace. 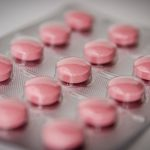