Research reported this week in HealthDay, U.S. News and World Report’s e-Newsletter, states that how long a patient takes opioid painkillers after surgery is a much stronger risk factor for addiction and overdose than the dosage of the opioids taken.

The new study included more than 560,000 people who were prescribed opioids such as OxyContin or Percocet after surgery. None had a history of recent or chronic opioid use.

Dosage proved to be far less of a risk factor for addiction or overdose, defined by the researchers as misuse. In fact, the study authors said that among people who took opioids for  two weeks or less, the risk for misuse was the same even for patients whose dosages were twice as high.

However, higher dosage did significantly increase the risk for misuse among people who took opioids for nine weeks or longer, the study found.

Overall, about 5,900 study participants developed an opioid addiction or had a nonfatal overdose. One-third of those misuse diagnoses occurred within a year of a patient’s surgery, the findings showed.

The study was led by Harvard Medical School researchers, and is scheduled for publication Jan. 20 in the BMJ.

The solution to this growing problem is electronic prescribing of controlled substances. Transmitting prescriptions electronically is a way for doctors to directly communicate with pharmacies — rather than handing patients a paper form ripped from a pad. E-prescribing facilitates detection of doctor shopping. In addition, once a prescription for a chronic condition has been prescribed, refills are easier to track.

The mandatory electronic prescribing, with tracking of controlled substances, is a solution to consider. Better tracking and control of opioid drugs will help identify potential abusers. Several states have already taken steps to implement e-prescribing to avoid opioid abuse. This is an issue that has a solution and the healthcare industry should be working on it. 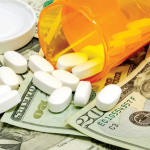 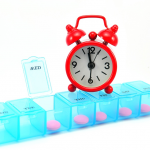